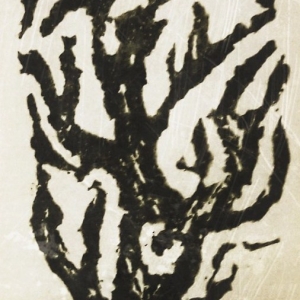 √ First, watch the instructional video only one time.

I enrolled in one of Sketch Book Skool’s recent remix kourses, Art Smorgasbord a couple weeks ago, and in the second week, Penny Dullaghan teaches us how to make our own carbon paper using black oil paint and paint thinner. 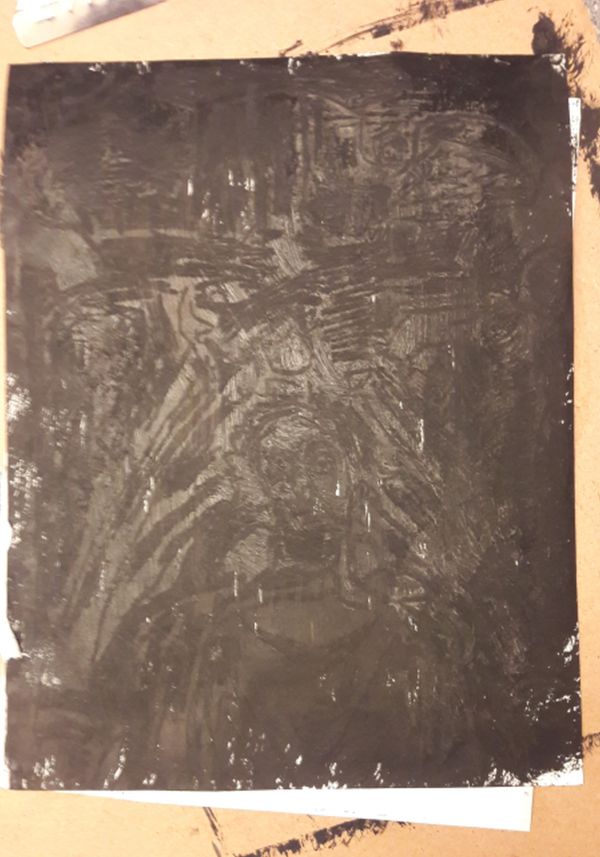 Her sole intent – to create an expressive but organic line. Her video seemed without urgency, calm, and collected. Except, I’ve been carrying around this desire to try this exercise for too long. So, yesterday, I sped off to the art store to pick up the needed supplies, and then made plans to do it today.

Instinctively, I reached for my large Moleskine sketchbook – the one where I’ve collected old works, and scraps of this and that, and not so gracefully have glued them in – and chose a photocopied print of mine, because I thought it would be an easy, but interesting image to transfer. 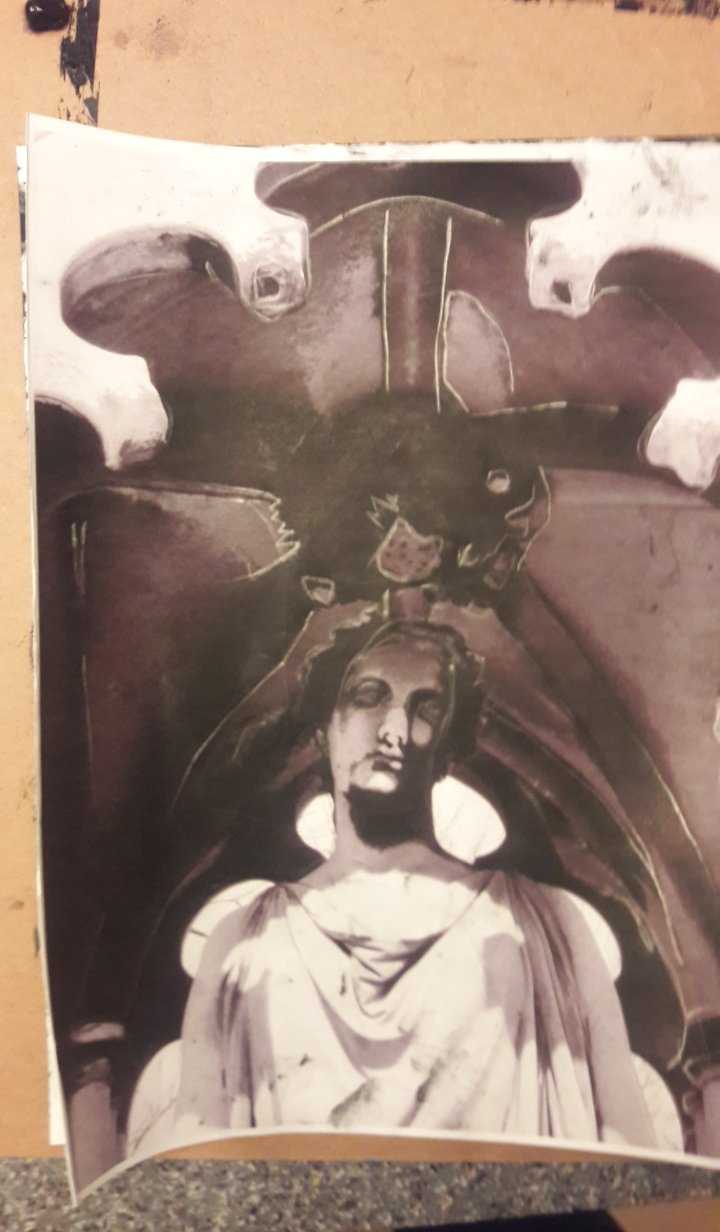 √ Second, don’t test the transfer, just go at it in a mad scientist sorta way.

I wish I had a GoPro strapped to my head during the process so everyone could see my fury! Both of my biceps experienced the brunt end. Maybe this much pressure isn’t needed, who knows, this was my first time. The most noticeable part in this experiment was the feverish upside down strokes of my brush – exhilarating! Something was being released. 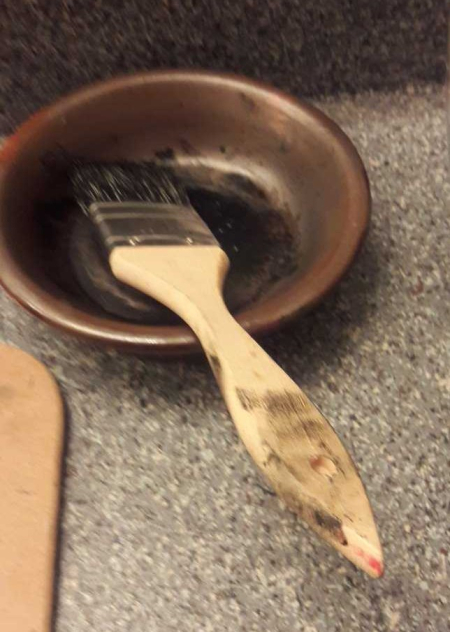 √ Third, use a rather large, complicated image, with intricate contrast and hard-to-see shadows.

This process was so new to me, I threw self-discipline out the window, speeding through it to reach the end result. On one hand, it felt like work, yet on the other, a pleasurable experience. Perhaps something on a smaller scale would be less of a workout.

The fourth is not advised. I didn’t take any photographs of the aftermath. I should have so you could see what happens when you add water to oil paint and thinner! This might be embarrassing to admit, but the clean up for this technique (at least the way I did it) is thirty minutes of torture! The process was forty-five minutes by the way, then plan on cleaning not once, twice, or even three times, but FOUR!

My hands were black; mum’s hair dryer was black; somehow, my closet door frame was black; my drawing board, of course, black; and the brush ended up in the trash can. Luckily, Dawn worked wonders on the fourth pass.

I expressed my exhilaration, and my exhaustion, to a couple of friends during this experiment (which was also new and exciting), and I described the aftermath like this: